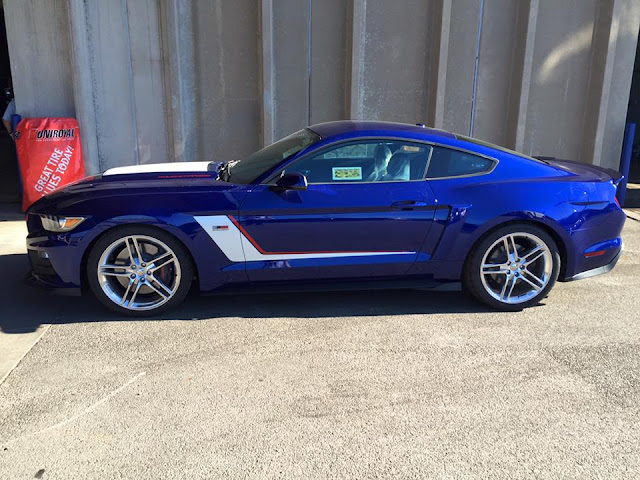 Posted by Patrick Peterson at 11:11 AM No comments:

You've read his columns in Mustang magazines for years. You've seen him talk Mustangs on "The History Channel and "SpeedVision." You may even own his limited-edition, sold-out hardcover history book "Mustang Dynasty." Now – you can meet him in person! Noted auto journalist and author John Clor, a former SVT PR man who today manages the club outreach program and enthusiast website content for Ford Racing, is hosting a Ford Racing Meet-n-Greet at our carshow on Sunday, September 13th!  Don’t miss this chance to meet one of Ford’s best-known Mustang spokesmen at the Ford Racing tent!
*******
About  JOHN M. CLOR
Veteran automotive journalist, author and marketer John M. Clor has owned, worked on, raced and written about cars and trucks for nearly four decades – and has long been a regular columnist for a number of magazines specializing in the Ford Mustang. John has been a member of the Automotive Press Association since 1989, with his work appearing in a wide range of both consumer and industry publications. Additionally, his marketing communications work for the likes of Ford, General Motors, Mazda and several automotive suppliers over the years has given him comprehensive insight into the auto industry that few journalists or analysts have attained.
A native Detroiter, Clor paid his journalism dues with a 15-year editing career at The Detroit News before joining the staff of AutoWeek magazine, where he spent more than six years writing road tests and penning auto features as Deputy Managing Editor. John then jumped into the corporate automotive public relations world in 1995, when he became the Communications Manager for the Special Vehicle Team, Ford’s high-profile, high performance vehicle group. There, he helped developed media programs, dealer training, a consumer-facing web site, and marketing materials, including an award-winning newsletter, SVT News. Intrigued by the explosive growth of the Internet, John returned to journalism in 1999 for a three-year stint as Detroit Editor for the Edmunds.com auto web site.
Clor’s broad-based automotive knowledge and engaging personality have earned him recurring guest spots on radio and TV, including CBS, CNN, PBS, The History Channel, A&E, Tech TV, SpeedVision, ABC Radio News, NPR, Michigan Public Radio, WJR, Public Reality Radio, and many other national and local media outlets. As a freelancer, John founded a communications firm called “Cars in Context” specializing in custom automotive writing, editing, research and consulting to a variety of outlets, including the Los Angeles Times and the Chicago Tribune as well as cable TV's Modern Marvels and Mad Men. He even hosts his own Cars In Context TV talk show on his local cable access station.
After returning to Ford in 2002 and managing its SVT and Shelby GT500 website for more than a half-decade, John penned and published a hardcover history book titled The Mustang Dynasty, whose 2007 and 2009 print runs both sold out. Today, John manages the Ford Performance Group of enthusiast organizations, a club outreach marketing program for Ford Racing, and oversees enthusiast content for the www.FordRacing.com web site as an Account Director for PCGCampbell, a Dearborn-based marketing communications agency. Still active in several car clubs, Clor is a director of the SVT Owners Association, serves as editor of its critically acclaimed SVT Enthusiast club magazine, and is the proud owner of two ’70s-era Mustangs – one of which he calls “a long-term project.”


Posted by Patrick Peterson at 3:16 PM No comments: 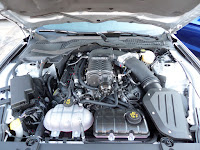 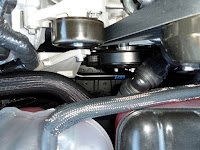 Sam Haymart
Smoker of fine tires, eater of natural foods, connoisseur of aromatic leathers, and pusher of limits. Publisher and editor of Steed Publications news outlets including this one, ActivityVehicle.com, Motoring2.com, DieselDig.com and host at TestDriven.TV. Twitter - Facebook - Google+
Posted by Patrick Peterson at 12:44 PM No comments: