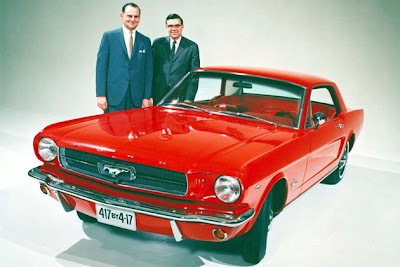 Donald Frey, designer of the original Ford Mustang, dead at age 86
by Jonathon Ramsey (RSS feed) on Mar 29th, 2010 at 3:55PM
On the day we've reviewed two descendants of his original creation, we find out that the man who designed the Mustang, Donald Frey, passed away at 86. As with the car's decades of success, the inspiration for it was unlikely: the Chevrolet Corvair. Frey, who was assistant general manager and and chief engineer of a Ford Motor Company still suffering dry heaves over the Edsel, said he watched GM put bucket seats in the Corvair and rename it Monza, and it began to pick up with customers. There was also the dinner table motivation of his kids telling him his cars stunk.Frey's first take on the Mustang was a mid-engined convertible in 1962 which, while working with Ford General Manager Lee Iacocca, he would develop into the car introduced to the World's Fair in 1964. When the coupe predicted to sell 80,000 units a year actually sold a million-plus units in its first two years – and then sold and sold and sold – Frey became an American legend. The rest is not just history, it's the present and the future, with the Mustang certain to be a staple in the Ford portfolio for years to come.From Autoblog and Mustang fans around the world, our condolences and best wishes go to the Frey family
Posted by Patrick Peterson at 4:21 PM No comments: 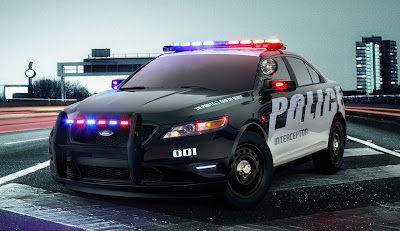