For the past 19 years, Von Hot Rod has put on many hot rod and custom shows. One in particular is the Von Hot Rod Pinstriper Reunion held in Pomona, Calif. Von has also participated in the Stater Brothers Route 66 shindig which is a 50′s-style hot road and custom rock-a-billy show. Von has been featured in numerous magazines as well as books. His pinstriping show has also aired on ESPN 2′s Hot Rod TV. He was inducted into the 2007 Cruisin’ Hall of Fame representing pinstriping. In 2008 Von organized a silent auction for SEMA held in Las Vegas. Von has now started Von Hot Rod’s Pinstriping Circus. This is a traveling pinstriping show that exhibits at hot rod and bike shows around the country and helps to raise money for charities. Von’s pinstriped shift knobs have been featured on the Speed TV show “Car Warriors”. Six of the winning cars all had his shift knobs.
You won’t want to miss this! 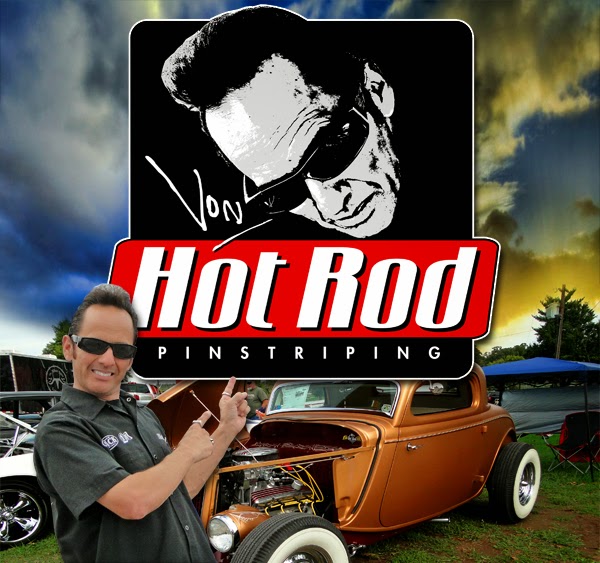 Posted by Patrick Peterson at 11:30 AM