We don't get the Ford Ranger in America because there is absolutely no reason anyone would need a small pickup truck in this country. Now Ford is taking it to the most grueling rally in the world. And they're shoving a V8 under the hood.
The two Rangers of the factory Ford effort in the rally will have Mustang V8s under the hood. The 5.0s will make 348 horsepower and 412 pound feet of torque. That's less horsepower than normal because the engines have been tuned to have gobs and gobs of low end torque. 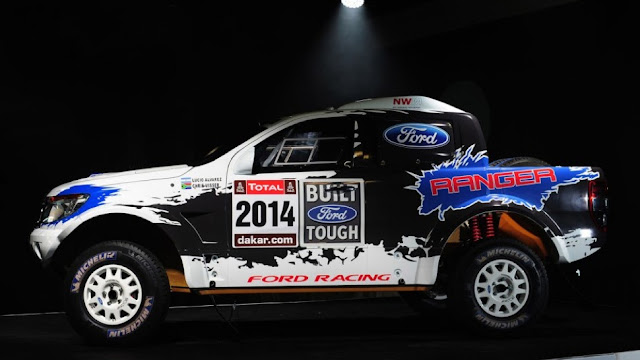 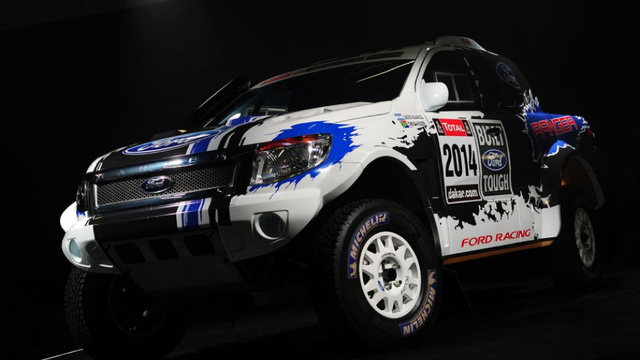 *PUTTING THIS ON MY WISH LIST
Posted by Patrick Peterson at 8:22 AM